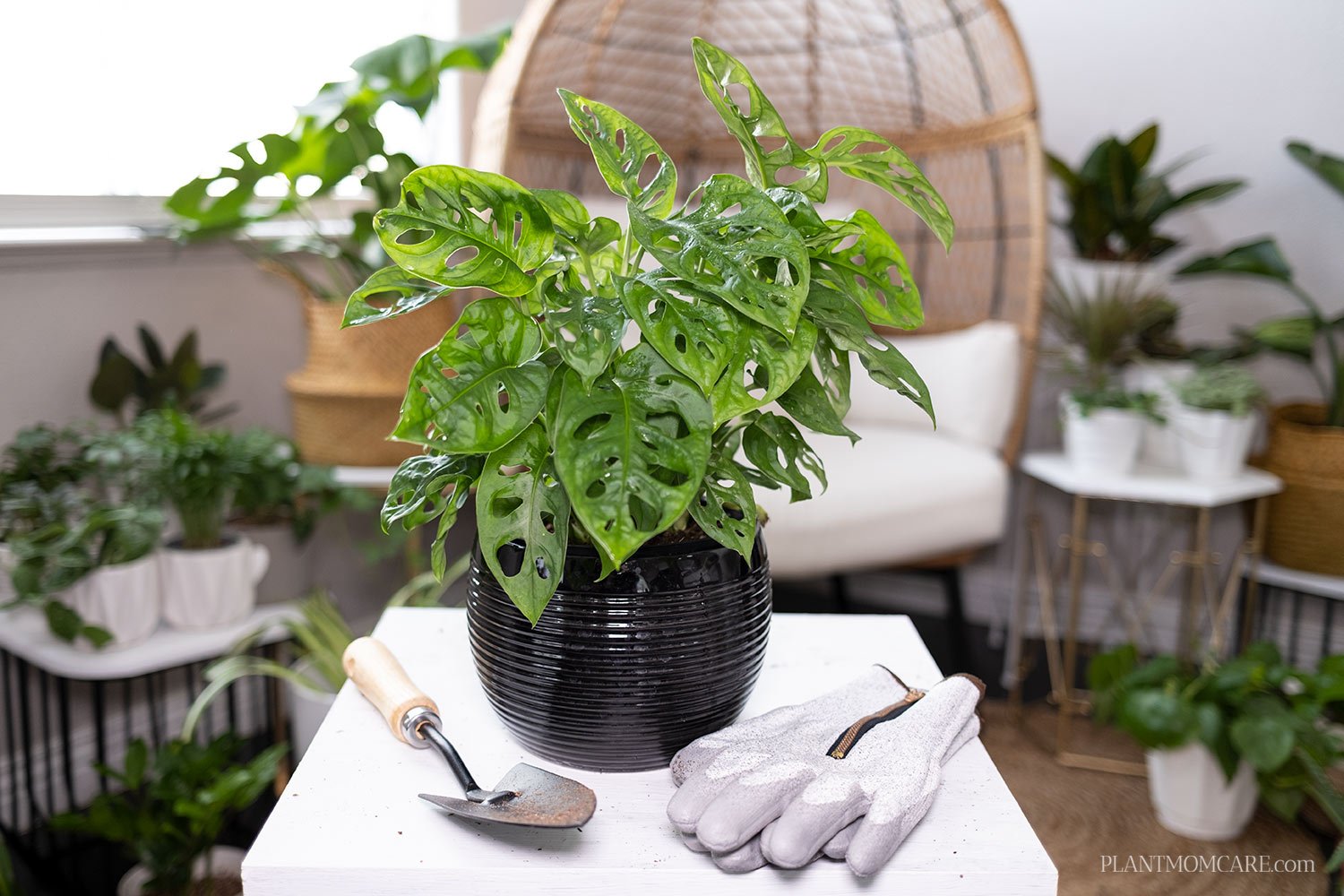 Monstera Adansonii, or The Swiss Cheese plant from the Araceae genus, is a type of blossoming plant indigenous to tropical jungles of Central America, growing in the humid tropical jungles, lowlands, and mountains.

The seedlings stretch out until they attach to a tree, its many roots allowing the plant to get attached to its new support and grow towards the jungle canopy, although it seldom grows in full sunlight and prefers to be in the shade.

It gets its common name from the slits/holes in the leaves resembling the holes in some cheeses.

Its aerial roots enable it to reach almost 70 feet high in its natural habitat, with big, tough, shiny, leaves shaped like hearts reaching between 10–36 inches long and 10–30 inches wide. Young plants produce smaller leaves with no holes, but holes will begin to appear as the plant grows older, with new leaves unfurling as light green and changing to a darker green later.

While it grows very tall outdoors, it will reach about 10 feet high indoors, with some pruning when necessary. The plant is self-pollinating, flowering beginning when it’s about 3 years, although it rarely flowers indoors.

Popularly grown as an ornamental, it needs plenty of space to grow. Plant it near a tree or trellis if you are growing it outdoors. It can tolerate diverse growing conditions, making it a popular plant to grow indoors in offices and homes. There is also a variegated variety that is also popular with gardening enthusiasts, setting record prices online.

It needs very indirect bright lighting, but not direct exposure to the sun. It grows best near windows facing east or west indoors. Too much sun will burn the leaves resulting in brown spots and brown tips on leaves.

Water it only when the soil is dry, about once a week is good enough. It can tolerate an occasional over-watering mistake although care should be taken not to keep the roots water-logged for too long as this will cause root rot.

It thrives in high humid conditions, similar to its natural habitat but levels of 50- 60% along with decent airflow are ideal for good growth. A water bowl near the plant along with regular misting will help keep decent humidity levels. However, a humidifier might be necessary if you live in arid regions. This plant can deal with low humidity as long as you keep misting it often.

The prime temperature ranges between 65-80°F. It can tolerate a low of 55°F but it will stop growing and is fatal if the temperature drops below 50°F. This plant is very tolerant of varying ranges of temperature but tends to grow slower at lower temperatures.

Use a rough soil mix by mixing perlite, moss, coco husk, and bark to have an aerated soil that will help retain water. The appropriate soil mix is very important as dense soil will cause root rot.

When soil becomes water-logged for too long, roots will become soft and root rot quickly spreads to all the roots.

Repot the plant, using a pot size larger, using appropriate soil. Loosen up the roots before repotting. This plant is heavy at the top and needs support.

It can be grown on a coir pole, tie off the stems onto the pole and make sure to mist the moss regularly. After repotting, water it well.

It can be easily propagated by cuttings. Select a mature stem and cut below a node near an aerial root with one leaf remaining, either root the cutting directly into the soil or in water. Rooting usually takes about 4 weeks, so wait for the roots to get long enough to give the new plant a better chance to do well.

Feed the plant in the warmer months with a fertilizer of 5 parts nitrogen, 2 parts phosphorus, and 3 parts potassium ratio. This will help the plant grow well and thrive. Do not feed it in winter.

This plant has a reputation for becoming uncontrollable and should be pruned to keep growth controlled properly. This should be done when the plant grows too tall, or if the aerial roots become too messy and tangled, particularly when the plant is growing on a pole.

Like many indoor plants, a variety of common pests, such as whitefly, spider mites, mealybugs, and scale can bother the plant. They are seldom fatal and can be dealt with neem oil.

Some common diseases like blight root rot, rust and mildew can infect or damage the plant so monitor carefully, particularly when misting it.

If a few leaves start turning yellow and begin wilting, it’s probably due to overwatering. If you’ve been following the proper intervals between watering then it might mean the plant needs fertilizing.

Low humidity and dry air are usually the cause of the tips and edges of leaves becoming brown, although the plant becoming root bound will have the same effect. This can also be due to direct exposure to the sun.

If leaves don’t form slits or holes, this could be due to the plant lacking either light, water, or fertilizer. 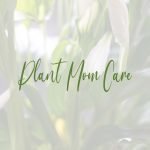