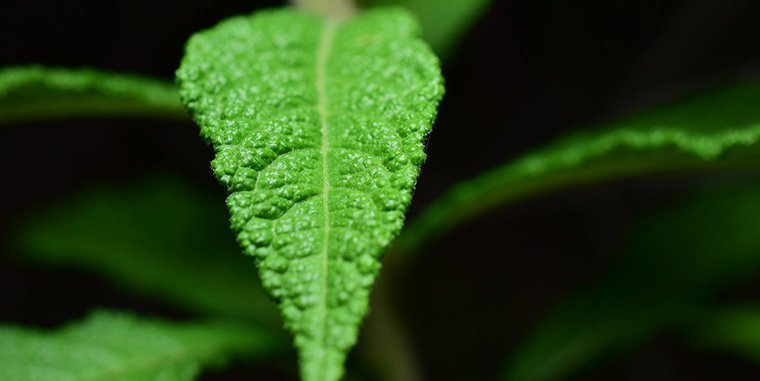 Spearmint or Mentha Spicata is from the mint Lamiaceae family. Indigenous in Europe and Asia and now naturalized in several other temperate locations in the world, including Africa, North and South America.

An aromatic oil, oil of spearmint, extracted from the plants are used as a food flavoring and as a perfume. Carl Linnaeus first scientifically described the plant in 1753.

While most mint plants have menthol, spearmint has a lesser amount. What sets it apart from other varieties in the family is a chemical compound called carvone.

This chemical is also found in aromatic plants like caraway and dill, resulting in a spicier taste and smell. The combination of compounds in spearmint gives the plant a spicy mint and citrus taste this herb is valued for.

This plant has been cultivated by people from the 1st century or even earlier for culinary and medicinal purposes. Roman soldiers brought the plant to Britain where it was cultivated in monasteries, spreading later to gardens.

The Pilgrims were responsible for introducing the plant to North America, according to John Josselyn who chronicled his travel to New England in 1671 that documented many of the plants cultivated at the colony.

The plant was a key cash crop in Connecticut during the American Revolution when tea brewed from it was a popular drink as it wasn’t taxed. It became a common constituent in early types of toothpaste. It is widely used in teas, cocktails, mint jellies, modern medicines, oils, and candles these days.

This perennial is a herbaceous plant and grows to 12–39 inches tall, with hairless and hairy stems and leaves with a fleshy underground rhizome that helps it spread.

The leaves are 2–3.5 inches long and ½ –1 ¼ inch broad, with a serrated edge. The stems are square-shaped, a characteristic of the whole mint family. The small flowers bloom on slender spikes, in pink or white colors, and usually bloom in summer.

Spearmint grows well in nearly all temperate climates, gardeners often grow it in containers to prevent it from becoming invasive and crowding out other plants.

The leaves are dried, frozen, or used fresh, although they often lose potency and aroma when the plant flowers.

It is usually harvested and dried by cutting ½ or ¾ down the stalks just before the flowers open, creating space for new shoots to grow for a new harvest later. When it grows in warmer weather, you can harvest it continuously through the year when the stems grow long enough.

This plant prefers growing under full sun and partially shaded locations. It can also grow indoors under grow lights or perched on bright windowsills.

It prefers average room humidity around 40% relatively or higher.

It prefers growing in temperature ranges of 55-75°F or more; however, in hotter weather it usually grows better under shaded locations of the garden.

This plant can survive winter temperature lows of -40°F, though the leaves will die off in low temperatures and sprout back when it warms up. They are frequently among the first plants to start growing every spring. In warm climates, it will grow all year round and doesn’t go dormant.

It prefers rich and moist soil with good drainage to avoid root rot. If potted, use rich organic compost or soilless mix. Soil pH range must be within 6.0 and 7.5.

If the plant growth is healthy and consistent across the soil, the plant won’t need repotting. However, if the central area shows no new growth, it certainly has to be repotted in a larger pot. You could also divide it and use the original pot filled with fresh soil and pot the divided portion into a new pot.

This plant can easily be grown from division, cuttings, and seeds. All these methods are equally simple and easy, although seeds will take a little more time and effort.

Division, as mentioned above, is most efficient as the divided plant will continue growing happily.

Cuttings are also easy but will take a few days for roots to set and growth to start. Take a cutting from a healthy length of the stem, dust the end with rooting powder (optional), and plant in fresh soil. Frequently, the plant produces runners (roots or stems) that grow above or under the soil – snip them off and replant them.

If you want to start from seeds, begin the process indoors 8 or 10 weeks before spring begins in cold climates. Seeds usually germinate in two weeks. Keep the soil damp till the seeds germinate and then mist them daily afterward, without over-saturating the soil. Provide a light breeze from a fan over the seedlings to help strengthen them however, in warm climates, seeds can be started any time by either sowing directly under partial shade or moist soil outdoors.

It can grow well without feeding, although adding additional nutrients after harvesting will rejuvenate the plant for a new harvest. Replenishing the soil with rich compost will work as well.

Pruning is generally necessary unless the plant is encroaching on other plants. In this case, simply harvest the plant earlier.

Fungal diseases are common with this plant, with the two main ones being rust and leaf spot. The fungus responsible for rust, Puccinia menthae, affects the leaves by producing pustules that induce the leaves to drop off. Leaf spot is another fungal disease caused by Alternaria alternate. The infection appears like a round dark spot on top of leaves, other fungi that often cause disease are Rhizoctonia solani, Phoma strasseri, Verticillium dahliae, and Erysiphe cischoracearum.

Some nematode diseases that affect this plant include root lesions and root-knot. Nematodes that cause root lesions are different species of Meloidogyne while root knots are caused by another nematode species called Pratylenchus.

This plant can get infected by the tobacco ringspot virus that causes stunted growth and leaf deformation. Tomato aspermy and cucumber mosaic viruses can infect these plants and cause deformed leaves, stunted growth, and mottled patches on leaves.